Caleb Groh: Why Life Is Too Short for Just One Genre

Caleb Groh, the songwriter and creator of worlds, he started as a 9 year old with a blue guitar, a radio always set to Radio Disney, and a dream.

During those days he wrote pop songs, at 12 years old it was punk songs. Then it got honky twangy in the teen years. But it was always music.

His father was in the military so they moved a lot. “I wonder if that’s why the music was all over the place” Caleb says. “I’ve finally accepted that life is too short to make music within the confines of genre.”

Meet Caleb Groh, the emerging producer and songwriter from Nashville who hit the Spotify charts and kept rising.

His thoughts on writing songs, blending genres and having music in Sony commercials gives a perfect glimpse into the life of today’s modern musician…

How does your songwriting process unfold? How do you go from an idea to a finished song?

I like to keep the process fresh—songs start in the car, on a walk, at the piano, guitar, on the computer. Sometimes I think I hear a song in the distance, and I wish I’d written it, but then I realize I’m just imagining it, I’m taking a distant sound and distorting it to hear it the way I wish it was. That’s the truest song—there are no barriers, no ego, because you’re writing subconsciously. 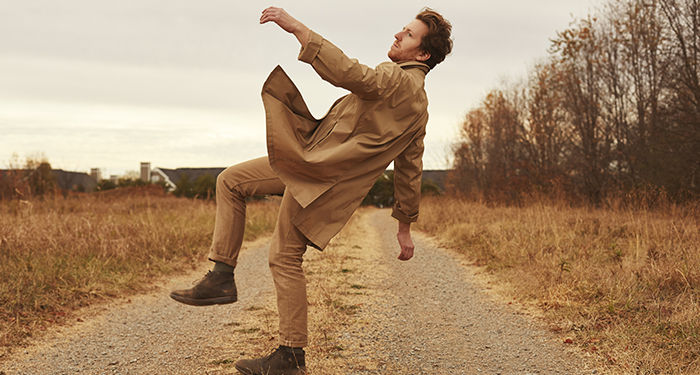 From Bottomless Coffee to Ocelot, your sound has moved from folk to electronic pop. How do you balance acoustic and electronic production?

Often, people feel pressure to embody a sound. “I am a folk artist”, or “this is electronic music”. That seems so limiting to me, in an era where you can listen to any music ever by tapping a piece of glass. If it sounds good, chase it! There’s only one you. Make your music sound as “you” as possible.

Nashville has a pretty iconic Americana music scene. How do you relate to that, and what is your experience as a musician in Nashville?

I have so much respect for the scene and its history. And in a parallel life, I’d broken-heartedly two-step the night away, but you don’t want to live in homage. There are so many exciting new sounds to be made. The music community here is tight, Nashville is a small town, and everyone knows about each other, we all share the same band members. There’s a lot of technical proficiency here, everyone knows their stuff, but they’re not haughty about it. As an artist, Nashville is like any other city, in that you have to put the work in, keep moving, and do your best to create your own opportunity. 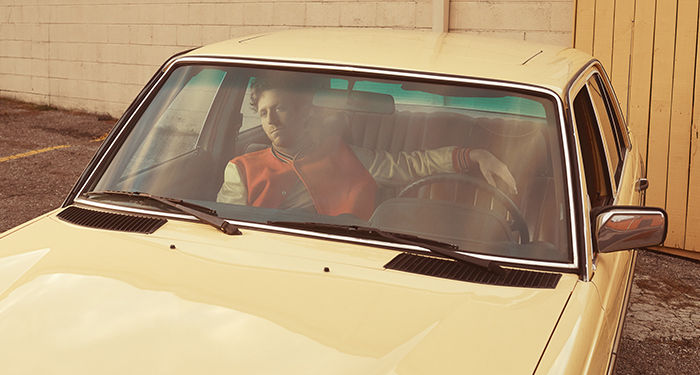 Your song FCKNU was Spotify’s 4th most viral track in the US, and #6 globally. How did you make that song, and what do you think makes a song catchy or viral?

Catchiness is a science—the most recent music that you hear on the radio is catered to your brain’s pleasure centers. Viral, on the other hand, is unpredictable (and also completely ambiguous). It’s striking the right cultural chord at the right time.

I made FCKNU at home, with my wonky upright piano and my green Stratocaster I bought when I was 13. I’ve used the same cheap condenser mic for 10 years. The song was the only independent release on chart at the time, that was cool!

You recorded and released your album Hot Pop not even a month after its completion. How do you motivate yourself to finish a record? And how do you know a record is ready for release?

A song or album is done when it clearly communicates its essence. I’ve learned to scheme, make plans, involve other people! Set goals. Deadlines help tremendously.

Tell us about your fascinating side project, Groh Artifact.

I’ve been needle-felting for 10 years now, I dye wool and sculpt animals, then put them on plaques so it looks like taxidermy. It sounds ridiculous but it makes sense once you have the visual. I’ve always loved animals, and wool is such a beautiful, raw material. 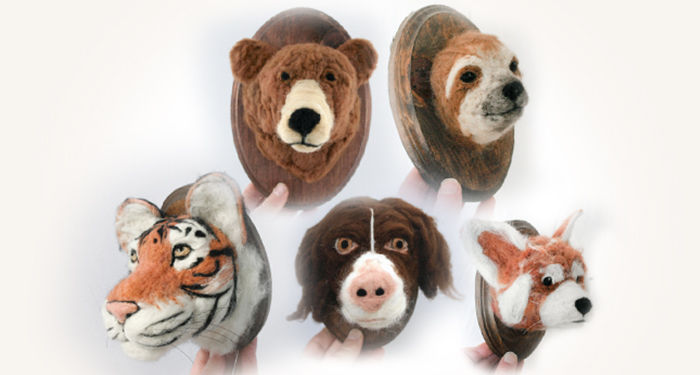 How did you create the visual universe for Caleb Groh? And how does it tie back to your music?

It’s very overgrown, jungle-y. That’s probably due to the 70 plants in my home, and comes back to my love of biology. I like to create sets for the album covers—the Hot Pop cover has lots of wool birds flying around, the Ocelot set has pictures of my houseplants that I cut out and pasted together. Working on visual art helps to break things up when my head’s been in a song too long. 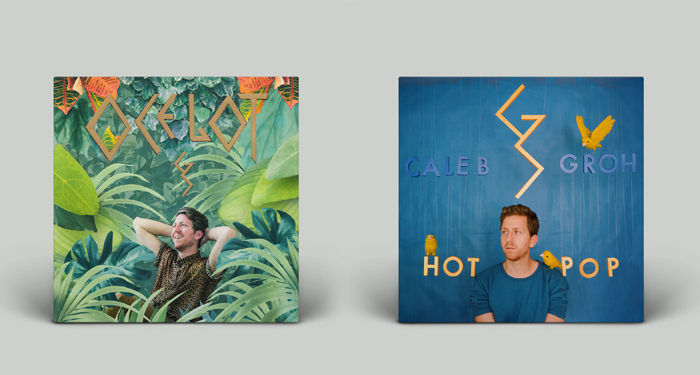 How did you discover Kami Records and how has it helped your music?

I had just finished Hot Pop, and thought there had to be a creative way to master, so I googled something along those lines and Kami Records was right there. It’s broken down some walls, enabled creative independence, and has really helped my last minute game. I can bounce tracks and send them off like it’s nothing. Thanks for that!