What Every Producer Should Learn From Dead Horse Beats

The scene in our hometown (Population: 149,000) has always been small, but vibrant, we’ve had our fair share of Canadian indie rock legends.

Being from ‘nowhere’ means nothing when it comes to good music.

I first met Patrick Wade, A.K.A. Dead Horse Beats, after we both moved to Montreal from Halifax, Nova Scotia. Us East-coast Canadians tend to stick together, so we were fast friends as soon as we met.

But despite its urban heritage, the hip-hop and electronic scene in Halifax has often been defined by one or two names. Nova Scotia has rarely been considered a hotbed of emerging electronic genres and talent…

Patrick Wade has set a new standard for thoughtful, innovative hip-hop production in Eastern Canada. We’re humbled to call him part of the Kami Records Community.

I met with him at his home in Montreal’s bustling Mile End to talk coming-of-age, producing for live shows, Windows Movie Maker, and making music by yourself in the middle of fucking nowhere.

We were also lucky enough to have him come play a live set at the Kami Records office. Check the video below.

On Producing For a Live Setting

“Thinking about how my music would sound live isn’t something that crossed my mind until I moved to Montreal.

I started going to shows where people were playing their own productions. So hearing that for the first time was just mind boggling to me.

Producing for a live setting permeated into my work more after that. 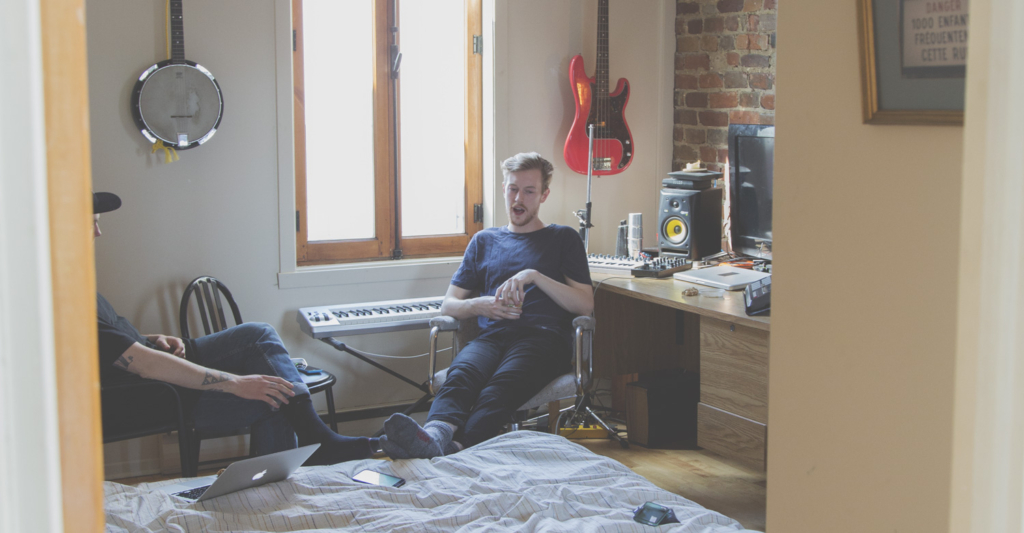 I guess it wasn’t a very conscious decision to start making music that would sound good in a club or on a big sound system.

It was just what I was listening to more. So the sensibilities of that stuff eventually seeped into the music I was making”.

The Crossroads of Every Production

“There’s always a certain point that I get to when I’m making a track.”

I can either diverge in a different direction and make something that’s gonna sound really crazy live, or I can make it something you’d listen to at home.

There’s always that moment of consideration. Am I making a club track? Or is this something that’s supposed to be listened to alone?

It’s definitely a choice I make at some point while I’m making a track.”

Some of my favourite songs are music that you can put on while you’re cooking, in the bath or just being alone with yourself.”

On Being Self-taught in Isolation

“When I first started I would use Windows Movie Maker to loop soul samples on the audio track and delete the video. That’s how I was trying to make beats at first.

But eventually I found myself in this small town in Newfoundland. I was living in a house by myself in a village with no one else under the age of 30.

So I just locked myself up with my DAW and taught myself how to make a real beat.

I guess that was my first big a-ha moment. But the revelations definitely followed quicker after that.

On turning Limitations into Creativity

“Limitations help your creativity when you don’t know what you’re doing at all.

You get interesting results if you’re doing stuff completely wrong, or you’re doing something you wouldn’t do if you knew the ‘right’ way.

There’s definitely a big hunger for naivety and honesty in music. People just creating something without knowing exactly what they’re doing, being cool with the whole DIY sound.

The sound you get from ‘not knowing’ is really cool and different. Sometimes it’s better than what you’d get if you were doing it properly.

That approach helps because it breaks rules that have been established for a really long time. If music is over produced, it’s not raw, people can’t connect to it.”

On How To Be finished

“Finishing tracks is hard. I’ve struggled with it a lot. Especially within the last year.

I’ve been trying to transition away from making beats and instrumentals that are meant for lyricists or rappers. I’m trying to make music that can be consumed by itself.

When I’m writing actual songs it’s a lot harder to say “this is done, this is finished.” I think I’ve had a pretty steep learning curve with that part of producing.

It’s always tough to say you’re done something. I think it’s when you listen to it and you don’t hate it. 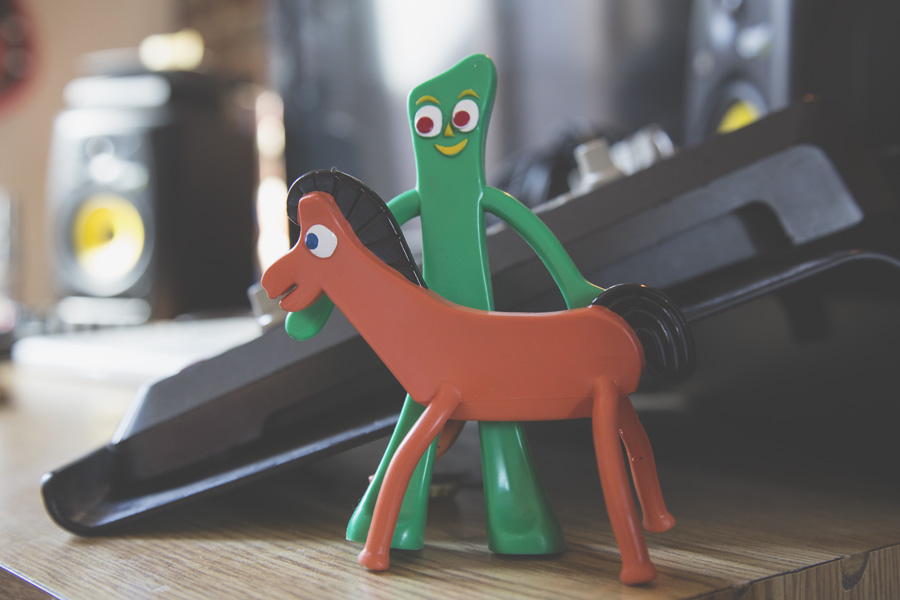 Some of the songs that are on my next EP I’ve made 15 versions of the original. But by version 15 I end up swinging back around to how it sounded in the first place.

It’s something I always need to work through. I need to try and be more satisfied with drafts for what they are…”

The secret behind every good Drum Sample

“Another big moment for me was when I first learned that all the drum sounds in all your favourite tracks are multiple drum sounds layered together.

I guess that was one of my big a-ha moments. Theres one snap sample you’ve probably heard hundreds of times. It’s the same sample in tons of EDM tracks.

It’s just there. It cuts through the mix really well. Finding out little stuff like that early on make a huge difference.” 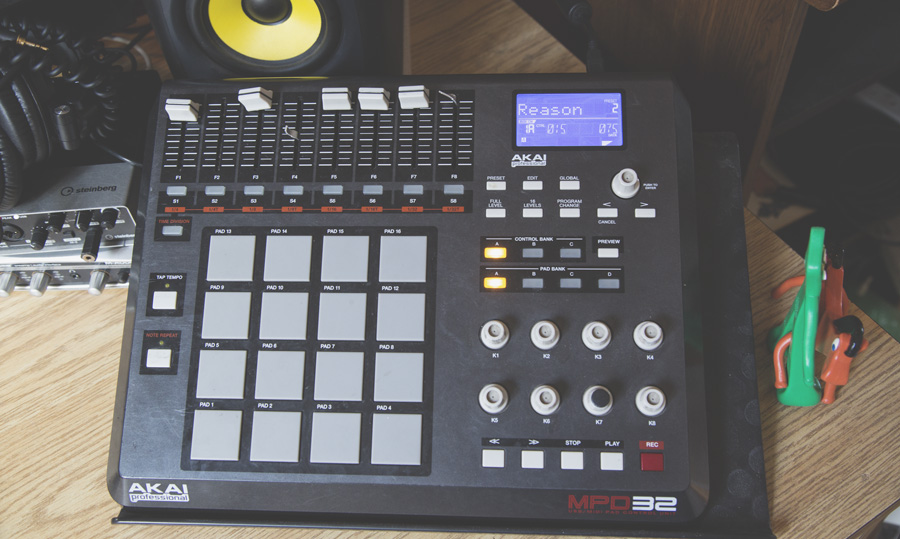 Just You and Your Music

Dead Horse Beats shows us by example that you don’t need fancy tools or expensive gear to make incredible music.

You just need drive, patience, self-discipline, and a whole lot of time to yourself.