Why Album Cover Art Will Always Be Crucial For Success

Seeing will always be part of hearing. I remember hanging records on my wall when I was a kid. The art on the covers created a magic little world.

It painted a picture to go with every bar of music. Albums were sacred objects that I cherished. 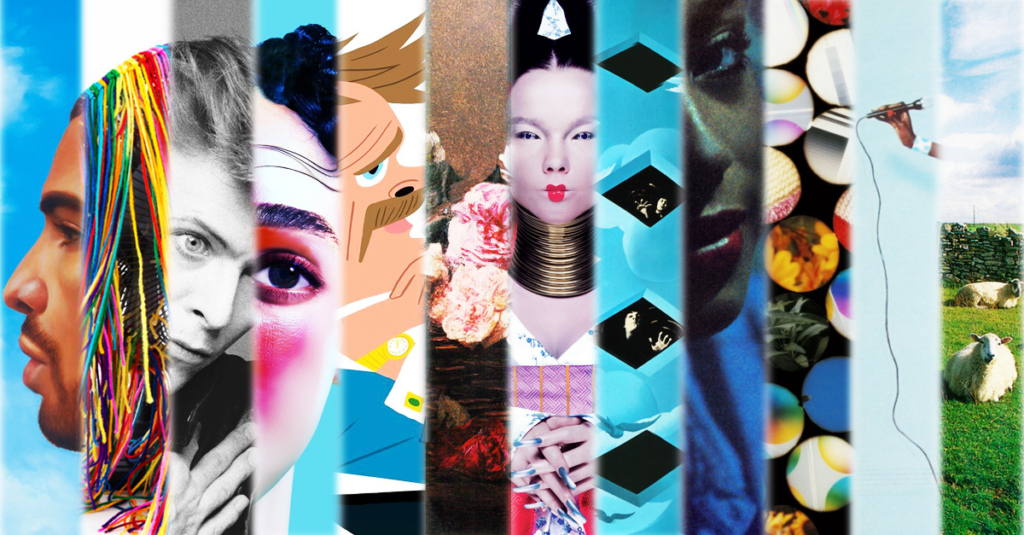 But fast forward to now. When everything is streamed online, and album art is often reduced to a small digital square no larger than a golf ball.

But that doesn’t mean that album art is any less important. In fact, it’s more important than ever when it comes to music promotion and music distribution.

It might not work the same way it did 20 years ago. But it’s still a powerful form of representation that every musician should be considering.

The reason so many people listen with them is because they’re easy to use. They organize everything in a streamlined way.

But the concept of the album can often suffer because of it.

On top of that, it’s all displayed in the same font, the same rows, and the same view as every other album.

The only space to call your own

Which is why that small square that displays your album art—usually about 10% of the entire page—has become so much more important.

On platforms that make everything look the same, your album art is the only space that is completely up to you. 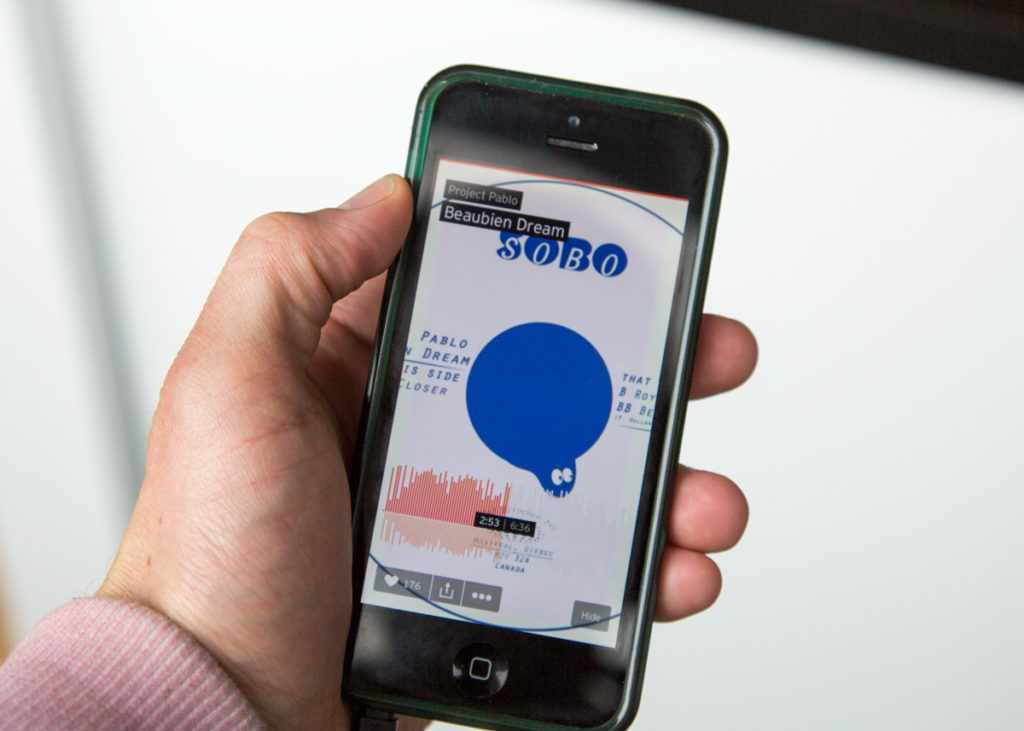 When music was first moving online, the album was still the go-to format. It’s what made the Apple store so successful a few years ago.

Before streaming took hold, it was common for music consumers to buy and download full albums (ahhhh, the good old days).

Even though albums could be chopped up, moved around, put onto playlists or rearranged into a different order, they were still browsed and bought in the same way a physical release was. For awhile, the album format simply moved online.

Those days are over.

The Death Of The Album

Streaming has become the new norm and the ‘album’ format continues to fade because of it.

Look no further than Apple for proof. The recent launch of their streaming platform Apple Music shows the state of the current music industry.

It also marks a huge move away from the ‘album download’ model that iTunes made so popular.

It’s even rumoured that iTunes may even be preparing to shut down music downloads completely and focus solely on the Apple Music streaming platform—a rumour that Apple has since denied.

But no matter what the plan is for iTunes, it’s clear that streaming is the future.

So what does streaming mean for the album? And more specifically, album art?

Streaming’s biggest effect on the album has been the rise of the playlist.

These days, algorithms often suggest music to listeners. It’s how the majority of music is consumed.

Albums rarely ever play start to finish anymore. Instead, individual tracks are removed from the album context and added to auto-play playlists. 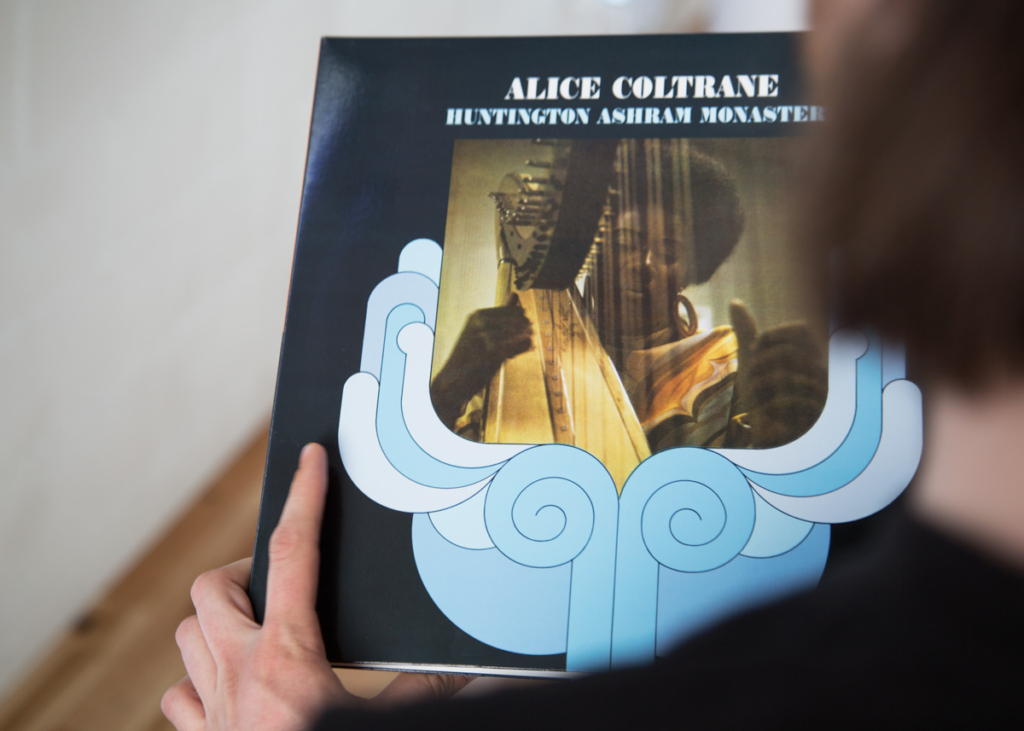 But guess what’s displayed when a track comes on in a playlist? The album art.

If someone likes a song in a playlist, the album art has become the listeners first step to digging deeper. It’s the image that leads to discovery.

Album art is the bridge between liking a single song, and learning more about an album, band, or producer.

The art remains a vital space to grab attention, contextualize a song, or tell the story of a whole album.

It’s the image that leads the right people to your music and turns passive listening into active listening. That means turning casual listeners into super-fans.

Guess what else happens when someone becomes a super-fan? They buy your album.

A recent Nielsen study on music spending shows that only 14% of music consumers are super-fans—or ‘aficionados.’

But the ‘aficionados’ account for a whopping 34% of the total money spent on music.

So the new fans that clicked your album art are way more likely to buy your music.

And that doesn’t just mean digital either. It means physical releases too.

Physical releases are seeing a huge surge in popularity in the face of streaming.

So why such a big increase? A huge part of it has to do with the album art and the physicality of albums.

Nik Pollinger, a digital anthropologist and consultant for consumer behaviour, recently spoke to TIME magazine about the importance of the physical album:

“What we display in public is used to send social signals about our identities. Making our taste in music visible has historically played an important role in such signalling for many people.” [Owning a vinyl collection] restores this ability.”

Every step you take

Album art represents you. It is there every step of the way on the path from casual listener to super-fan.

Streaming didn’t destroy the need for album art. It made it more important.

Album art isn’t just the picture on the front of your record any more. It’s part of your online brand.

The music will always be the ultimate representation of your project. That’s obvious.

But there is still a visual element to streaming that is crucial for success. Your album art fills that space.

317 billion songs were streamed in 2015. That means that album art popped up 317 billion times as well.

When music moved online, some things suffered. Like album sequencing and sound quality. But the one thing that became more important was the album cover.

It’s the companion that stays with your music everywhere it goes… And the image that still creates a world.