The DJ, producer, nightlife entrepreneur and founder of Turbo Recordings has been at it for roughly 25 years. That’s veteran status right there.

Tiga just released a new single. We caught up with the techno titan and head of Turbo Recordings.

If techno was a country it’d be called Tiga, and everyone would be riding a Bugatti.

The cited date for Tiga’s big break was 2001. That year, Tiga took an hour and a half to make what became his career-launching global hit: Sunglasses at Night.

But Tiga’s rave roots go way back. Growing up on the beaches of Goa—the psychtrance island—he’d been helping his dad make mixtapes since he was a child. In the early nineties while he was still a teenage, he was throwing Montreal’s first raves.

And Tiga is at it again, always. After last year’s No Fantasy Required LP, Tiga just released his new single Eye Luv U in Kami Records -mastered Stems format.  He might have been around forever, but he’s keeping it fresh, always.

We caught up with the pioneer to talk about how he prepares for sets, his thoughts on technology and the role of humour in his universe.

How has your personal musical style and preferences evolved since your beginnings?

I don’t know! Sometimes I feel like they haven’t evolved [laughter]. This week I was working on some Spotify playlists of my favourite songs over the years, and a lot of the music that I really fell in love with right at the beginning—or as a kid—I still listen to and it’s still really influential.

For example, I love techno. I love techno as a foundation. But I also kind of like hip hop, and bass, and 808 sounds, and those things as a foundation. And I think the easiest way to describe what I like is: dance music, groove and minimal rhythmic components with a little bit of pop. Something that has just enough of a hook to make something not boring and entertaining, but without too much of a hook that it overpowers and dominates your imagination, you know? So that it leaves room. Good examples of that would be Soft Cell, Depeche Mode, and New Order. I like so much different stuff!

How do you look for music and prepare for a DJ set?

I grew up in the techno era in the 90s where it was very much about playing the newest music. You were really focused on what you got that week. Maybe you’d throw in a few classics or a few older things. But really the focus was on what was exciting and brand new, so, that’s always my first choice.

Ideally, I’d be going through my brand new, best new music and then add in some favourites. But for me, the whole thing has become a bit of a mess because I have quite a big catalogue of my own music now. It’s also very different when you’re travelling as opposed to when you’re a resident in the same city. You’re basically playing for people that are hearing you for the first time every time. So the pressure to keep innovating and keep playing brand new stuff isn’t as strong. It’s a little bit more like you’re touring with your hits.

But my process usually is like this: in a hotel room, in a couple of hours, I pick my favourite songs at the time, with some old ones, and try to tailor it a bit for the place I’m playing. 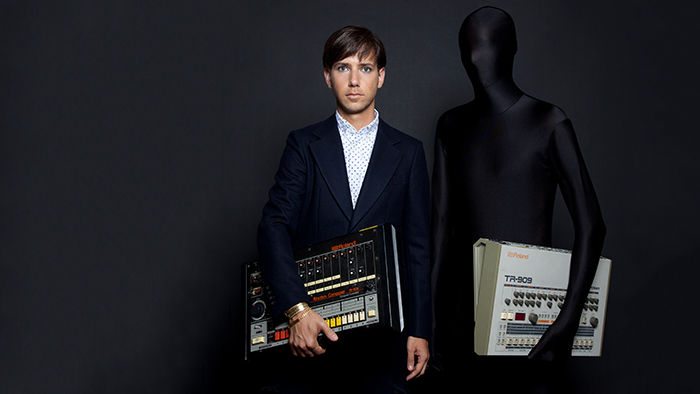 How has DJ technology evolved since you’ve started? And what’s your relationship to DJing and technology—what have you adopted (and refused to) over the years?

The most important skills haven’t changed so much. You still need to have good taste, and good timing, and confidence, and a sense of reading the crowd.

But everything else has completely changed.

At the beginning it was very simple: it was just records. It was very much about competition in finding records. There were limited copies of everything. So you might actually be the only person in the city who could play a record. That’s quite a radical change.

For me the biggest change has been the limitations. When you can only physically travel with 80 records, your decision-making process is different. The pre-planning is different. You have to problem-solve in a different way.

I remember nights when I was starting out. I’d have my box and find myself at a party, and all of a sudden: banging techno. And I was like, “Oh my God, what am I gonna do?” And that problem-solving process, like: “Okay, I got some B-sides, and I could pitch those way up…” Those quick on-the-fly programming decisions make for a good DJ.

Now for example, I travel with like my 15,000 favourite songs, and in theory I’m prepared for anything, but in reality… That’s probably the biggest change, how you prepare and organize your music.

What have I refused to adopt? I’ve refused to bring a laptop into the club, that’s my big stand.

I did try once. I actually brought a laptop in my box but I never pulled it out. You use your laptop for so much stuff during the day I don’t see why I want it out there at night, you know? This is totally subjective.

But there are certain things I’d very much want to do, and I will. For instance the idea of having lots of little bits and pieces of records and beefing up your beats and your inner section, on-the-fly sampling… I like that idea. In a lot of ways, sometimes that makes more sense than just putting on an old record. 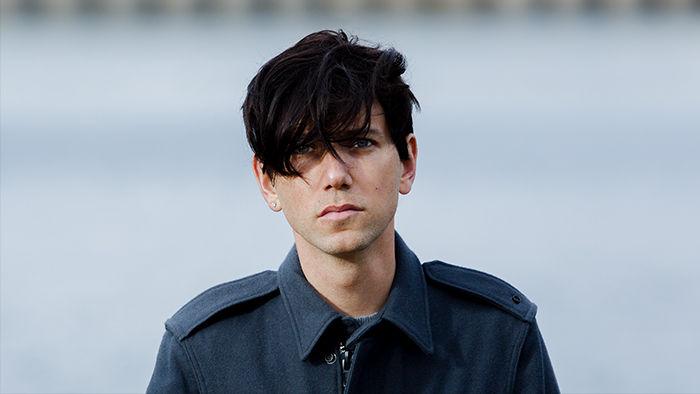 Do you blend live and DJing? Is that something you’re interested in?

So far I’ve prefered to separate those. But there’s a lot of people that do it, and do it really well. There’s people that have been pushing those limits for a long time, more power to them. Richie Hawtin is somebody that comes to mind. And Loco Dice, Dubfire and Chris Liebling, they have their loop players and their Ableton running, looks like they have like 20 machines up there!

What I think is important as an artist is keeping yourself challenged, interesting and curious—that has a lot of value. Keeping it fresh for yourself and trying new things, adding new equipment, that’s important—to keep learning.

Where do you draw your inspiration from?

That’s a complicated question—I don’t know if anyone really can answer that! Definitely other music. I think you draw inspiration from the things you fall in love with. And a lot of that happens when you’re young.

When you’re a kid, you hear something and you just listen to it a hundred times, and those things really impact you. Or a book you read that just blew your mind, or something you hear somebody say…

It’s a little bit of a mystery why certain things influence you at all and other things just don’t… I’m not really the one to figure that out. The closest thing I can say specifically inspired me are records that I’ve loved over the years. They’ve definitely influenced my sound and my taste as a DJ and as a producer.

I’m curious about the role of humour in the Tiga universe. I’ve been watching interviews with you, and they’re hilarious!

Humour’s really important. It’s one of the only things you need your entire life. It’s a tool that really serves you well right to the end, especially with death. Humour is a vital part of everything. There’s no situation, there’s no relationship, there’s nothing where it doesn’t add something potentially helpful.

Humour is really important to me, it’s how I see the world. It’s an instinct—some people have it, some people don’t. It’s an instinct to pick things apart and see what’s funny about something. But more than what’s funny about something, you’re actually breaking things down—you’re trying to find weaknesses and strengths, and you’re analyzing the world.

I think it’s a rather optimistic process, because you’re finding what’s funny about life—and that’s the best. What’s better? Probably what’s beautiful about life. And those two are the goals: humour and beauty.

If I have to shoot a press video, what am I gonna do? Have me talking about gear or staring into the sunset or something? For me, about 90% of what everyone does is so boring and so repetitive, that I barely understand how they sleep at night. [Laughs]

Humour for me is a pretty clear sign of intelligence. It’s like a shortcut. If I think of anybody that I really love, there’s humour. Prince was hilarious. Same with Bowie. And then obviously you’ve got Louis CK or Jerry Seinfeld, these guys are incredibly smart.

Lastly, there’s no faster way to finding out if somebody’s full of shit than if they’re not funny, if they can’t laugh at themselves, you know?

In another interview, you were saying that to be successful, it’s important to protect a good idea from premature criticism. Can you tell us more about that?

It’s very important. Ideas are funny things, they come and go quickly. We all know what it’s like: you lie in bed and you have a good idea, or a funny idea, and it might just be gone after that. It might never come back—or even worse—a friend or someone might say “Oh, that’s stupid.” And then you turn around and go, “Oh yeah, that is stupid.” Being influenced by other people too easily isn’t good.

It’s important to protect your ideas long enough to develop them, that’s all. Especially with music, you just don’t know where it’s gonna go. A very specific example is: you can write down a vocal and it can be kind of stupid and kind of simple. But before you know it, two hours later, it might’ve just subtly morphed into something that’s actually good. But if you’re too quick to judge it, if you’re killing yourself thinking “No, no, no, it’s not original enough,” well then you just never get anything.

Grab Tiga’s new single Eye Luv U in Stems format. Also check out the Stems version of Tiga Vs Audion’s hit Let’s Go Dancing on Juno Download or Beatport. Better yet, catch Tiga live in a city near you.