How to Turn Bedroom Beats Into a Career With xSDTRK

Yonatan Ayal is a kid at heart. Which might surprise you, given his level of success. His drive has led him to success as both a solo artist.

Yonatan Ayal is a producer/writer for huge names in the industry — like Jennifer Lopez, Usher and Skrillex. But his start was no different than any other bedroom producer trying to make it. So, how did an Ethiopian kid from Montreal start making waves in the L.A. music scene?

Rory: Hey Yoni. So Let’s start off with some background stuff. Who are you?

R: And what brought you to music, what role does it play in your life?

Y: My father got me into music when I wasn’t even conscious enough to make a decision. I’ve been doing it since I could push the ivory keys down.

R: And now you split your time between Montreal and LA?

R: So you’ve been writing with some big names. Like Jack Ü, Jennifer Lopez and Iggy Azalea?

Y: Yeah, I basically checked off most of my bucket list this year.

Y: Thanks. It’s only when you reflect on it do you realize, ‘Oh wait, damn, this really did just happen.’ 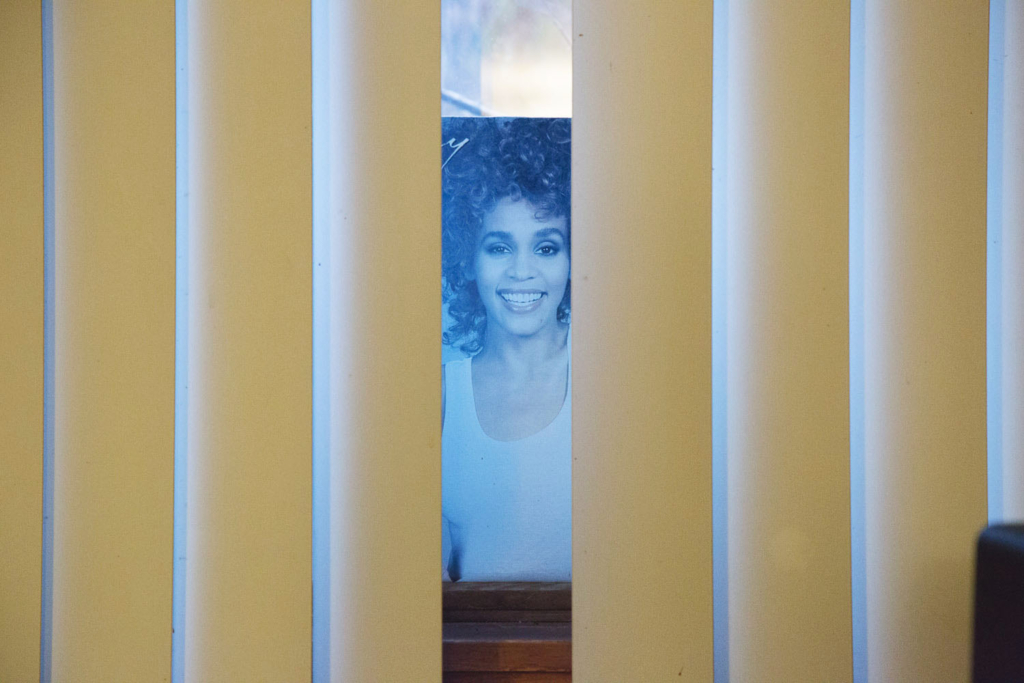 Putting the pro in process

R: How important is the vibe of the room when you’re starting to work?

Y: I work in five-minute spurts. But vibe is the people that are around.  If you’re grateful for everything, and the fact that we’re here creating, odds are we’re gonna do something amazing.  But  If you’re in the room trying to pay off your mortgage, you can sense that. So when we’re talking about vibe, I don’t wanna feel your mortgage. I just want you to be as grateful as I am, cause I am eternally grateful for being able to create everyday.

Throw it at the wall, see if it sticks

R: What mixing tools are you using in your productions?

Y: I’m not a world class mixer or anything, so Kami Records has really helped to guide me.  I’ve learned a lot from it because you see what it’s doing to your track. You start to reverse engineer it; start setting it up so that you can maximize your master with your mix.  For me, I’m not the most technical producer but I’m an inspired producer, you know what I mean? I make my music by throwing stuff on the wall, stepping back and looking at it.

R: I think creating means being a little bit messy, too. It’s nice to know that there’s something like Kami Records that’s gonna clean it up a little bit. 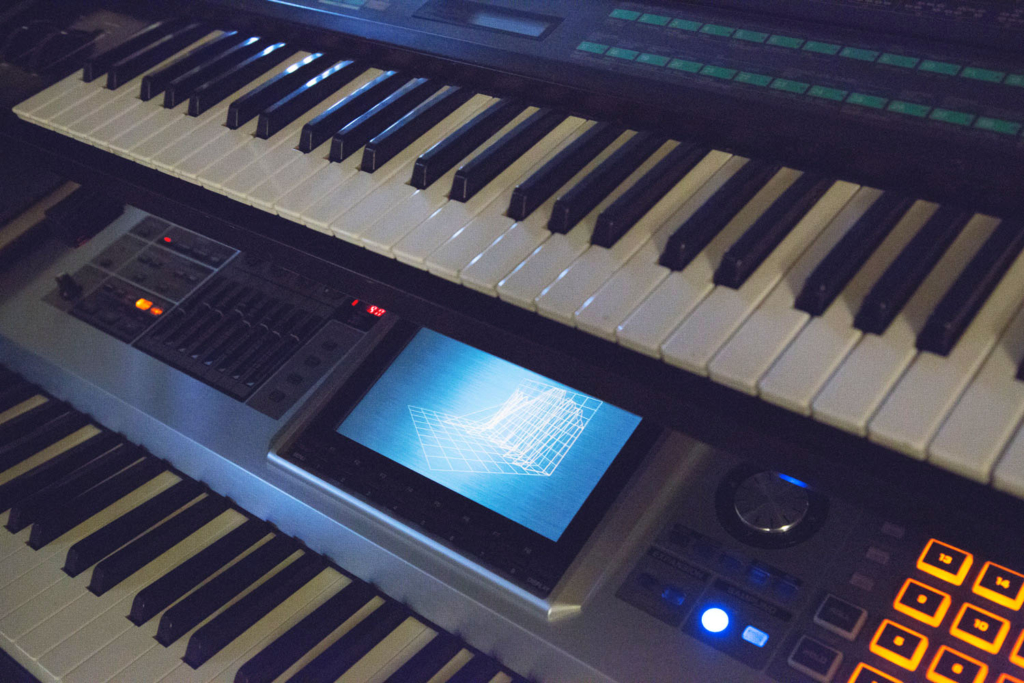 xSDTRK’s secret for getting the most out of your tools

Y: If I had one piece of advice it would be to buy your tools. Your instruments, your softwares, if you treat it with a certain level of respect, you end up getting a better result.  It’s hard to explain. When I bought my DAW and my VSTs they did so much more for me because I valued them.

Y: Exactly! I respected my tools more so they somehow paid me back in return.

R: That’s a hot tip.  Which piece of gear in this room did the most for you?

Y: This guy right here. The Fantom G8. I  graduated from my Yamaha PSR 1000 to the G8. I sat on this thing forever. That was my first station, my first DAW I guess.

R: Crazy, I’ve never messed around with those things but it’s kinda like a DAW, right?

Y: Kinda, it’s an arranger. It’s not as flexible as a DAW when it comes to automation. But when I started making music as a child I was using the little Yamaha PSR 1000. My mixes sounded terrible, but the song structure was there. I graduated from that to Reason, and then from Reason to Logic. I graduated to Ableton Feb. 4 2014. I remember the exact day because that’s when it was on. I converted so many people. I was telling everyone that Ableton is an extension of your mind. Then on the 20th, in like 16 days, that’s when I did all the tracks that ended up on the J-Lo album. Everything kept going from there. I went from having maybe twenty good tracks a year, to making a hundred and something tracks a year. Then I graduated to songs. 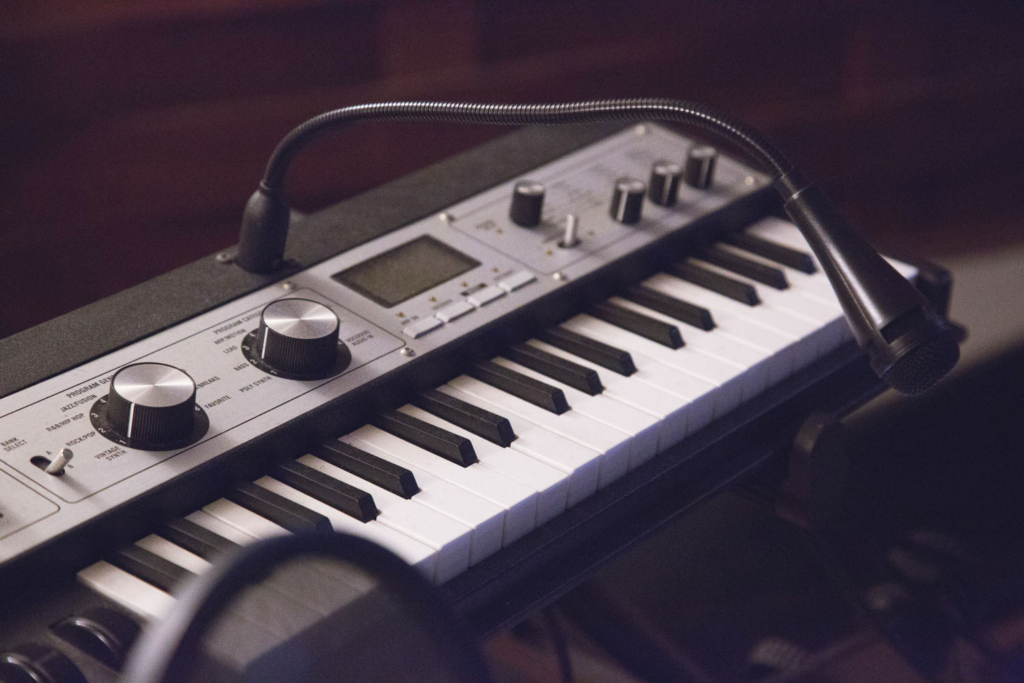 How to find answers in unlikely places

R: In your mind, what’s the difference between tracks and songs?

Y: I had to go through a phase where I was just making tracks. That’s how I learned to be elaborate and creative.  But then there was no room for the songwriter or the artist. When that happens you have nothing. You just have something cool to listen to. Some tracks end up sounding cool. I adapt them into songs by stripping them down and sequencing them out.  Everybody’s so dope that I had to get back to the drawing board.  And then I thought ‘this is what you need to do, this is how you write a song.’

R: Now that you’ve had a taste doing songs, do you think you could go back to making tracks?

Y: Oh yeah, I definitely do stencils of tracks that are just cool to listen to. I wanna bridge the gap with my music as an artist.   I want it to be the coolest tracks you’ve ever heard but still have a really cool song.  I want people to dance, I just wanna have fun! I’m in the studio dancing all the time, that’s what I do.

R: I think that’s important: to step back and gauge that and ask yourself ‘can I move to this?’

Y: Totally. Dancing to my own tracks helps me to figure out what pace the song should be at and when things should happen.

Just vibe around and find the answers.