Dave Pensado on A.I. In the Studio, Ear Training and the Thrill of the New

We all try to guess the future in music. It’s what makes creating so great—Trying to stay ahead of trends and finding new sound.

Learning about audio production is all about putting yourself in the best position to make the best guesses. Those guesses lead to choices. And choices lead to music.

Which is why Dave Pensado’s voice is so important. When it comes to the future of mix engineering and audio production there is no one better at teaching than  Kami Records’s favourite mix engineer and audio educator Dave Pensado.

While it’s easy to learn from Dave, we wanted to find out what’s behind Dave’s unwavering dedication to music. The insights he gains and shares every week on Into the Lair and Pensado’s Place give him a unique perspective on what the future of music might hold.

So Dave took a break from sharing his mixing knowledge to comment on the value of doing it yourself, ear training techniques, and the future of his craft.

“My studio is missing certain automation. I can’t wait to get something like Siri where I can say “Siri can you set up this song… Siri can you pull up this plugin… Siri can you make me sound like Manny?” But seriously, I think the implementation of AI is important for the future. We’ve been saying this a lot lately, Herb and I, because we’ve been in front of a lot of smart people. So I think that the AI integration is what I look forward to the most.”

The Difference Between Educating and Sharing

“My philosophy about music education has changed a little bit over time. I like sharing, but I don’t think of myself as an educator as much as I think about myself as someone who’s sharing this information that I borrowed and I don’t know where I got it from. That thinking has changed a lot of the way I approach the ITLs and my show and all of that.”

“Sometimes my sharing comes from remembering when I was first starting out or some things that helped me out a little bit. I think the concept of sharing as opposed to educating is something that I feel has helped me become a better educator.” 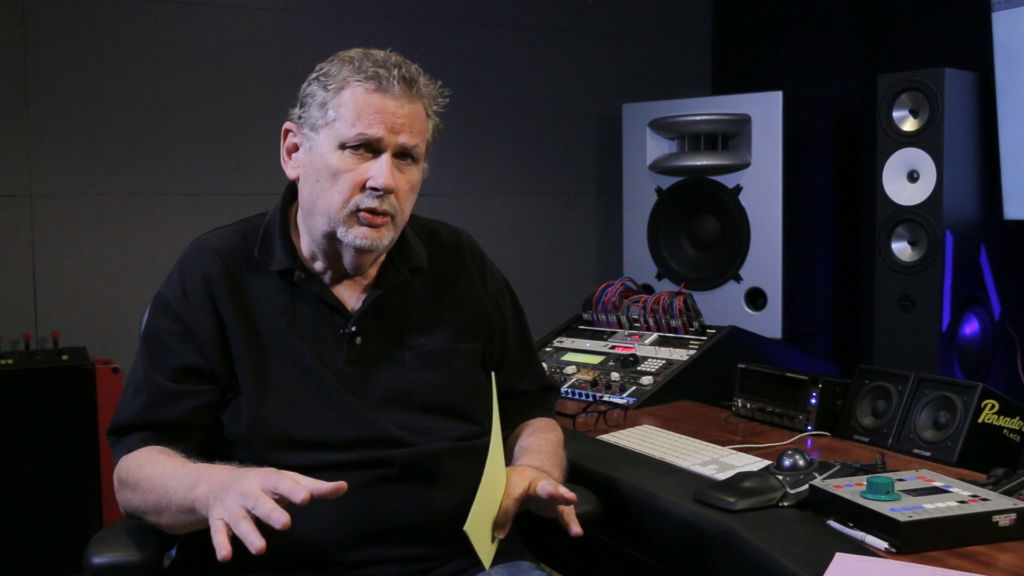 “I think the hybrid part of The Fab Factory where I work, is that the actual studio is only a part of what the experience is. The total experience is when you come in the door you see a creative environment and you start the process of your creativity immediately. The entire building is important. Even the parking lot is important to that process. When you finally come into my room I like an atmosphere that engenders and encourages creativity. I use a lot of lights. Not in an ostentatious, way but a way that’s just subtle.”

“In terms of the classic use of the phrase hybrid studio, as in my approach to in-the-box versus outboard processing, I have a few piece of outboard gear that I like. But I find myself using those less and less as the quality of the digital space improves.” 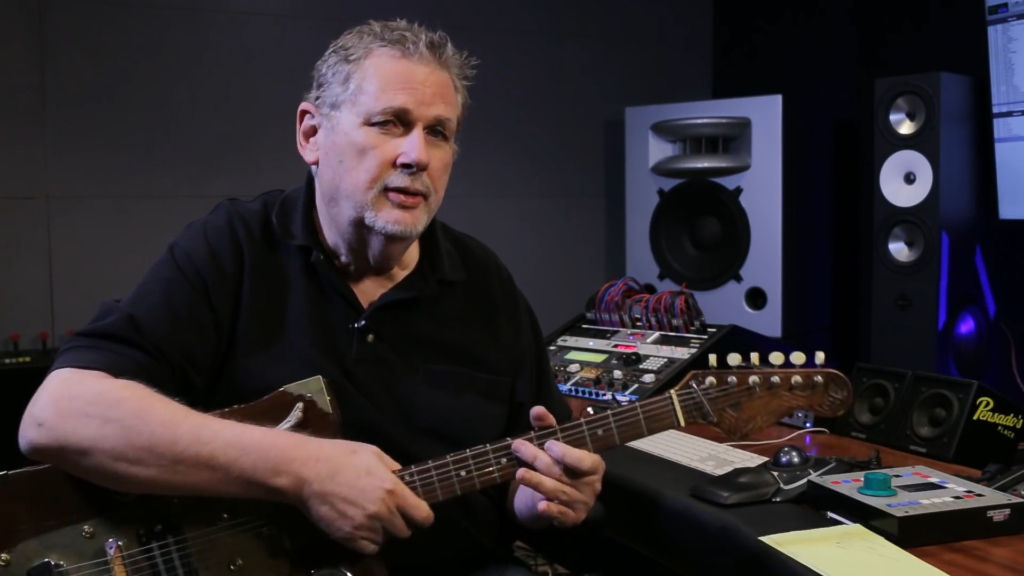 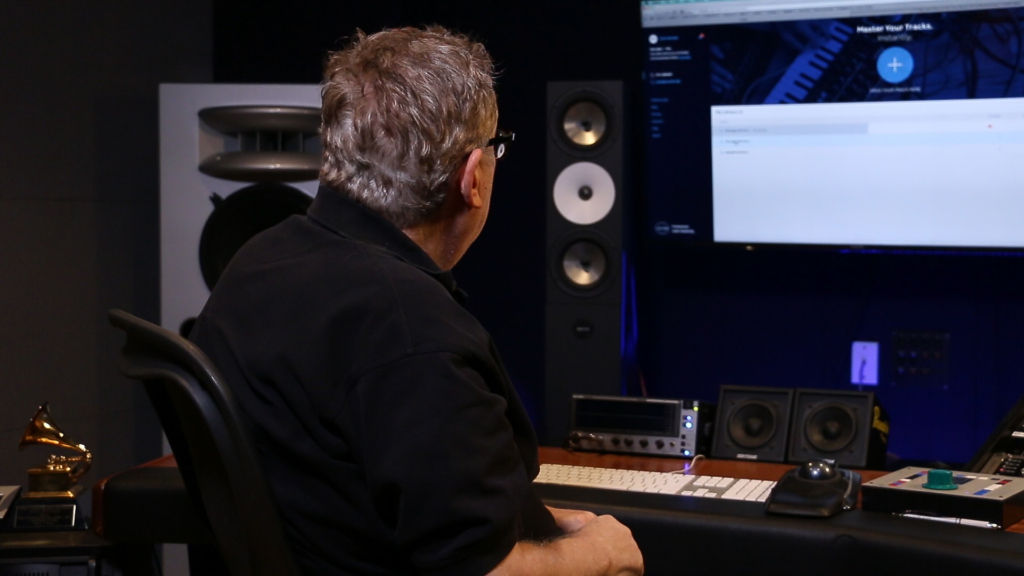 Originality in Your Own Sound

“Originality in mixing is vital. The world doesn’t need another engineer that simply copies what every other top engineer does. Engineering always needs something new. The thrill of the new is something that contemporary culture can’t resist. When I first started I wasn’t very good. I realized that when I tried to sound like the guys that were good I would get compared to them.”

“But If I tried to sound like ME 2 things happened: I either got fired or they liked me. But they couldn’t compare me to any body so they had to make a decision—either this guy is good or he’s not. I didn’t like that, I didn’t want it to be that way but it was all I knew how to do.”

“Ear training for me was something that I had to accelerate. I was a little bit older than my contemporaries when I started engineering. My ear training, like everyone’s, was vital. If you don’t know what a good mix should sound like, how can you create one? So I used to EQ CDs that were already mixed for practice. I’d use headphones and a rudimentary parametric 3 band equalizer and try to improve parts of the mix. Of course I would think I was making the snare sound better so I’d focus on the vocals and it would be just crap. But practicing by EQing existing CDs is one of the ways I trained my ear early on.”

“Another thing I used to do was get together with some of my mentors and we’d get a signal generator and randomly put it on a frequency. Everyone would listen and bet to see who could guess the closest frequency without knowing what it was. I guess what I’m trying to say is that you should always try and find ways to make ear training fun. Practice, practice, practice because it takes awhile. It’s like learning a new language through your ears. But it’s a vital skill.” 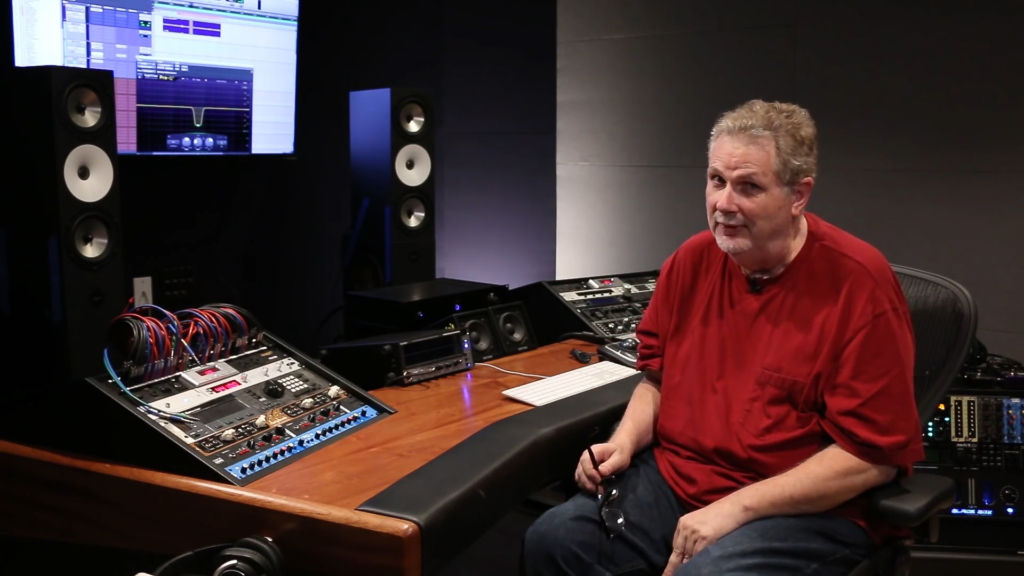 DIY Behind The Board

“A do-it-yourself spirit in the world of engineering and mixing can help you leapfrog the competition. When you see something that needs to be done, take care of it. Don’t delegate it, just jump on it.”“The people that are hiring you, when they see that you can take charge of all the elements of the mixing process, that’s comforting. And that comfort creates an atmosphere of trust. Trust leads to freedom to create, knowing that you’re there as a safety net that won’t let anything bad come out of the speakers. I think all the engineers that we’ve had on the show that I consider great have a take charge, do-it-yourself quality about them. They don’t wait for anything to happen they orchestrate the things that happen.”