7 Uncommon Ways To Make Your Tracks Better With Randomization

Predictability is a plague in music. It’s not uncommon to listen to 50 songs these days and each one just blends into the next.

You can’t remember which is which anymore. They all sound the same and you see every new element coming from a mile away.

Sure, DAW software has made it easy to lay down a track in no time. But a DAW can cause some pretty predictable patterns and often puts tracks into a rigid, boring box if you’re not careful.

The best way to save your mixes from a bottomless pit of predictability is to add a random element.

Un-predictability is what makes good music stand out from all the generic tracks out there cluttering up the feed.

Some of these tips may seem a bit strange to some producers. But music never shines unless you take a few risks—try everything once right?

Here’s 8 best ways to make your mix stand out with randomization.

Turn Up The Random Knob

Even though computer music can seem like the least random thing you can do, there are actually tons of ways to get some interesting random effects ‘inside the box.’

Try randomizing an LFO by choosing the random waveform shape in your DAW. Or grab some free VST plugins with randomization features.

There are also tons of great little tools out there for generating random elements. Like Illuminated Sound’s Random7 MIDI note generator or the Autchords chord randomizer.

Seeking out the random element at every step of your process will help your tracks to sound more organic and engaging to the listener. So wherever there is room to randomize, try it out. 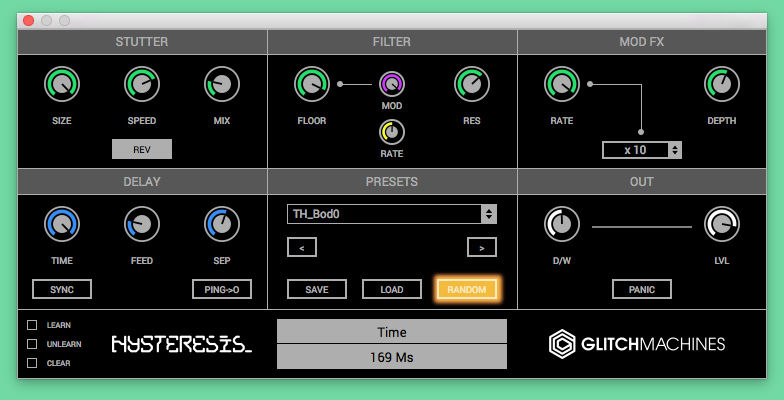 Wait! Don’t click the google translate button… I’ll explain. Randomness in music has been around forever—even Bach was using it in the early 18th century.

The process is simple: write out 6 different parts of music (1 for each number on a 6 sided dice) and then roll the dice to determine the next part in your arrangement.

It’s fairly basic. So try experimenting with which music parts you write, how many you write, and how many sides are on the dice.

But that’s not the only benefit. It’s also a great way to push through creative blocks. If you can’t decide on how a certain part should sound, why not let the dice decide?

All mistakes are random. Because if they weren’t random then they wouldn’t be mistakes. There’s no such thing as an intentional mistake Right?

But what may seem like a major screw up can actually be the element your song is missing. In fact, lots of famous records have mistakes in them on purpose.

All it takes is a keen ear and an open-minded approach to your workflow to find the gold. Listen to every “mistake” multiple times and ask yourself: Is there something here worth keeping?

Sometimes the element your song is missing is lurking in your subconscious. Mistakes are often that subconscious trying to get out. Without listening to your mistakes you’ll never be able to unlock it.

So pepper in a few mistakes here and there and sooner than later you’ll realize that there’s no such things as mistakes—a fact that will improve all your productions by miles.

Unless you’re some kind of wizard that can see the future or control minds there’s nothing more random than the world around you.

Field recordings are a perfect way to add a nice random layer to your tracks.

The field recording lets you harness the randomness of your environment and put it right into your tracks.

Once you start listening to your surroundings as potential field recordings, you’ll hear the world in a whole new way. So record the fragile chaos of your zone. And put it in your tracks to get a more interesting sound.

If it’s broken don’t fix it

Electronics break down. A machine that’s 10, 20, 30 years old is bound to have some aches and pains by this point.

But that’s the best part about analog gear: each machine wears down in its own way. Sometimes the best sounds are the ones we hear when a machine is feeling a bit off.

So just because your gear doesn’t sound perfect and pristine doesn’t mean it’s time to get it fixed. Explore the eccentricities of your ailing gear and get some of that random goodness and character into your tracks.

Your gear  is unique. So harness the breakage and make your tracks stand out.

Use a random number generator

At many moments during a production workflow numbers come into play. You have to pick a value at least once during a normal workflow. Why not make it random?

Use a random number generator to help you decide. Apply the numbers to anything you want: an attack ratio, the wet/dry value, which note in a scale—It’s completely up to you.

You can even assign numbers to some of your favourite instruments and then use the generator to randomly select your tools.

Say no to Quantize

Quantizing is basically a map for your music. It sets your signal into a grid and locks it into place based on your settings. A.K.A. it makes it predictable.

Don’t get me wrong, quantizing is a crucial tool in production and it can help a ton for certain tasks. But turning it off every now and then can put the organic touch back into your tracks.

So take your takes off the grid every now and then and see what kinda random magic you can make without the help of the quantized roadmap.

Fold some chaos into your workflow. It’ll make your tracks more engaging, creative and interesting.

Plus randomness can save you from some serious hair pulling when it comes to creative blocks.

So become a fan of random and let the unknown into your mix.