The 5 Ingredients for the Perfect Festival: the Story of Piknic Electronik

What makes a good festival? There’s no shortage of electronic music festivals these days. And they keep getting bigger and bigger..

You’ve probably been to one of those mega-fests. Y’know, tens of thousands of people. You can’t find your friends. The festival is squeezed into a weekend and there’s way too many stages.

But they’re not all like that. Music festivals don’t have to be overwhelming and stressful. They can be fun, inspirational and a positive celebration of music.

Piknic Electronik is one of those festivals.

Which is why we’re proud to be partnered with them. All of their online mixes use Kami Records mastering to sound top notch.

So what does it take to run a successful music festival. How does Piknic pull it off?

I spoke to the co-founder of Piknic Electronik Pascal Lefebvre to find out what the 5 key ingredients of a great festival are. 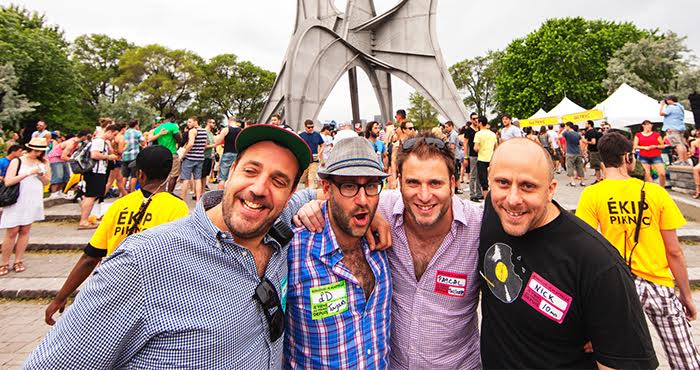 The four founders of Piknic. Photo by Michel Legault. Courtesy of Piknic Electronik.

Back in 2003 they all came to the same conclusion. ‘We need a new way for people to enjoy electronic music. Even if they have young kids, busy jobs and don’t feel like raves are for them.’

This idea took off one day when Lefebvre took a walk in Jean Drapeau Park right outside Montreal. That’s where Alexander Calder’s massive statue The Man was installed for the Expo 67. “When we saw this breathtaking spot, we immediately knew our festival had to take place there,” said Lefebvre. 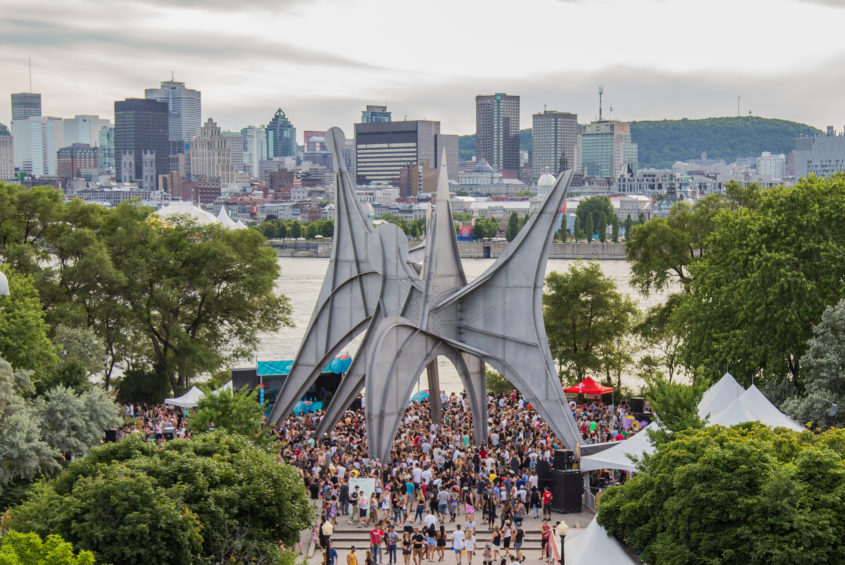 Expo 67 was a turning point in Montreal’s history. It put the city on the map as a modern metropolis. “Piknic Electronik was a great way to bring the legacy of Expo 67 to life through the spirit of electronic music. Both events share the goal of bringing all kinds of people together,” added Lefebvre.

2. A good festival creates a new ritual and community

It takes place on Sunday afternoons for a reason: to create a new ritual on a day when not much else is going on.

“Most festivals today give you a brief escape from your life for a weekend. But Piknic takes place every Sunday over several months. It becomes a great way to see people. And you can actually have a conversation” says Lefebvre.

The daytime allows for a different experience. Different crowds come together in the same space. Some people have a picnic with their kids. Others come to dance their socks off.

Given the smaller scale of the event (at most a few thousand people spread out across the site) you avoid losing your friends. You even have opportunities to make new ones. That’s what Pascale Lefebvre calls a ‘social playground’ – everything becomes possible.

Piknic Electronik made a point of reimagining places and times for its events. In 2007 the same team started Igloofest, an electronic music festival that happens in the dead of Montreal winter.

“[With Igloofest] we replicated the same principle with the idea of reclaiming public space, to reclaim the winter as part of a festive event,” Lefebvre told TVA.

3. A good festival has edgy programming and great sound

Beyond a great location, a good festival obviously needs an amazing lineup.

“We get lots and lots of demos. And we leave a big space of local talent. 70% of our programming is Canadian. 50% is from Montreal. We like to showcase a lot of emerging talent. Lunice for instance played at Piknic in 2010, he went on to a great international career after that.” 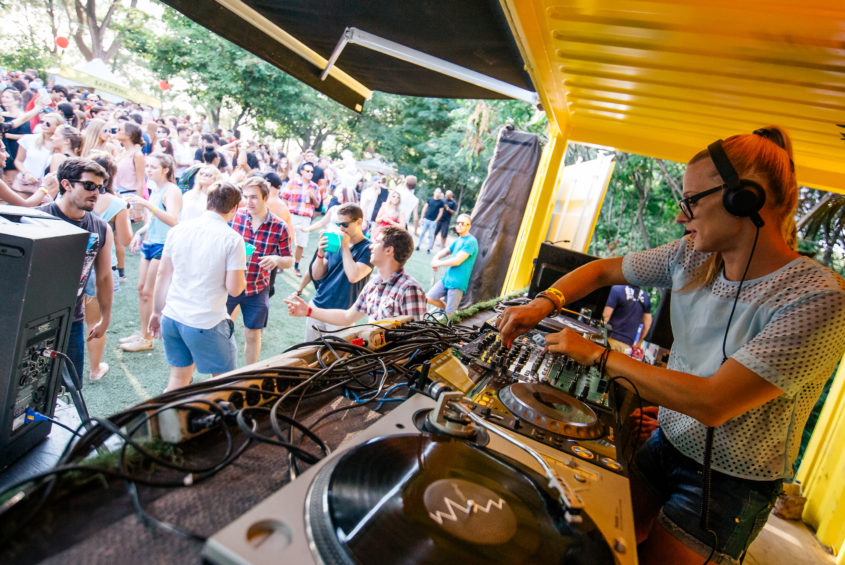 What’s the secret to a great lineup? Well, Marie-Laure Saidani – programmer at Piknic – spends her days listening to tons of music and going to local shows.

“Marie-Laure looks for music that is intelligent and has an artistic process behind it. We’re not into big EDM” Lefebvre told me.

As for the sound, Piknic makes sure there are speakers all around the dancefloor. Everywhere you are, there is a balance between low, medium and high frequencies. “To me the sound is perfect when you feel the music all around but you can still hold a conversation with the friend next to you” emphasizes Lefebvre.

Here are our 3 favorite mixes from this year. They’re all mastered by Kami Records to capture the same top quality sound you’d hear at any of Piknic’s events around the world.

4. A good festival is international but remembers its roots

“When we expanded to other cities, it was important for us to make an event that is by the people for the people. An event for locals.”

Piknic isn’t trying to become a giant international festival. They adapt to each city. They look for cities that resemble Montreal’s spirit – that means a city with an interesting edgy music scene and a multicultural population. 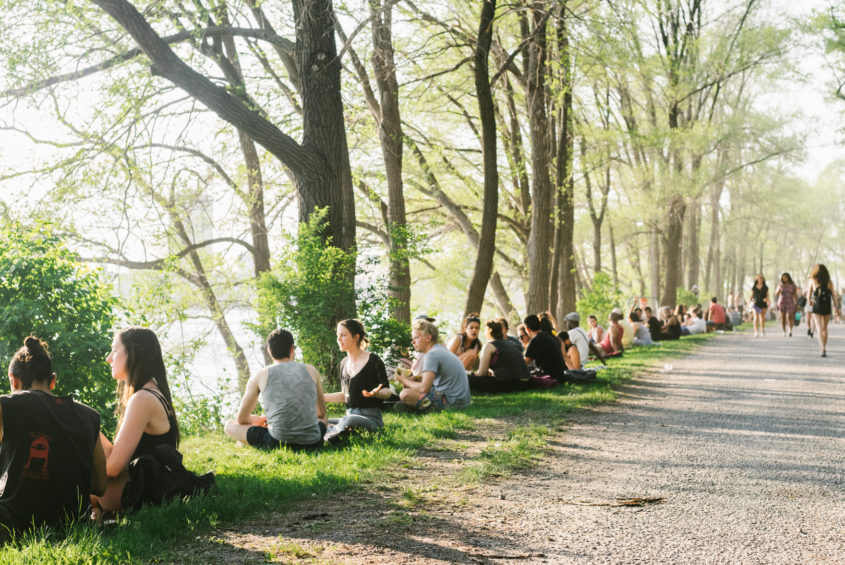 Their recipe for success? Finding the right international partnerships. That means finding a local promoter that knows their scene. Then it’s about working with a local producer who has experience throwing events in public space.

Lefevre knows people go to festivals for a reason: “Socially I think it’s important to get together with people. People around the world have a visceral need to gather and share moments.”

5. What it takes to play at a good festival

When you’re applying for festivals, here’s Lefebvre’s inside advice: “If you want to play Piknic, be open minded in your proposition. Be an agent of change. Make your scene evolve and get off the beaten track.” 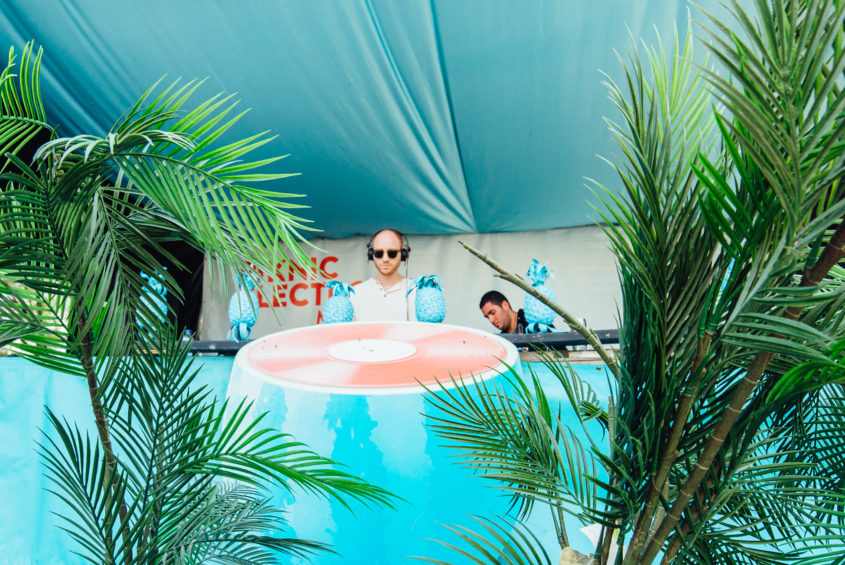 But once you’re on stage, your job is to bring people with you for the duration of your set…

“The best DJs and artists are those who adapt to the crowd. Sometimes you’ll play a track and it doesn’t work. If you’re able to adjust to the people who are there, magic moments happen. It’s like a communion.”

Let’s Have a Piknic

People will always need to share moments together to the sound of great music. Festivals fill that need when they’re done right.

Good festivals create the perfect space to share a magic moment with friends and strangers.

An iconic location, a new ritual, edgy programming, great sound and local roots – these are the magic ingredients of a festival like Piknic.

“For us, electronic music is a way of life. We wanted to provide a way to integrate it into people’s daily lives.”

Catch Piknic next year as they celebrate their 15th anniversary.