How YouTube Has Quietly Become A Life Force For New Music

The last thing you probably thought of was how to mix music or how to use LFOs. And it makes sense—Those wouldn’t be my first answers either.

What do you think of when someone mentions YouTube?

A cat that stands up like a human? A monkey stealing a grape?

But YouTube has become everything for music all at once: An archive, a teacher, inspiration, a streaming platform, a community, a helpful record store employee and a welcoming rabbit-hole.

Simply put YouTube has become a vital backbone for music’s past, present and—ultimately—its future in more ways than we may care to admit…

Music isn’t scarce any more. It’s not hard to find. It’s not buried or hidden away in a garage or basement.

It’s all available in seconds, no matter where you are.

It has changed our behaviour towards music. Availability has fragmented our attention, splintered it and contorted it. We take it for granted…

But we also cherish it by tapping into our own histories, and augmenting what already exists in ways we never imagined. YouTube has played a huge role in both sides of the shift. 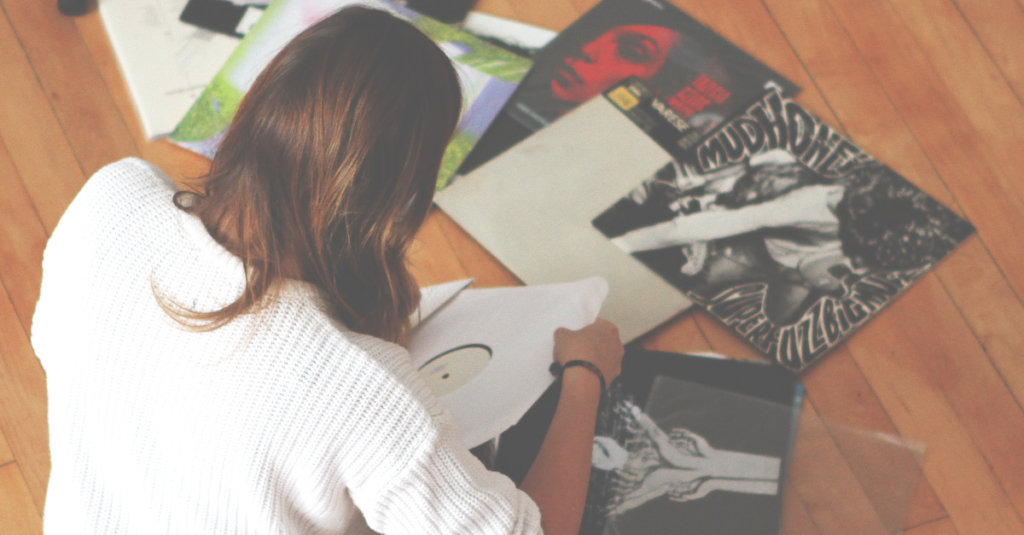 Sure, YouTube is a video streaming platform that allows people to upload ‘originally created videos.’ But it’s something else too…

If an anthropologist hoped to map out the last 10, 50 or 100 years of music, YouTube would be a pretty good starting point (it could be the endpoint and everything in between too).

And not just the audio either. We get all the fringe parts of music as well. The live performances, TV spots, music videos, promos, interviews and even studio tours. All neatly and abundantly organized into an environment that encourages more and more viewing (and listening of course).

The Every-Music-Archive: Who did this?

So how did music and everything associated with it end up in one place—Who did this?

Well the simple answer is that we all did.

When YouTube was launched in 2006 by 3 former PayPal employees the mission was simple: display user-generated videos. But YouTube’s capabilities opened less obvious doors. One of which was the ability to store all of music’s vibrant culture in one place.

The mass uploading of music to YouTube proves that musicians have always needed a place to reference huge amounts of sound in one place. When YouTube showed up we didn’t have it yet (Keep in mind that YouTube pre-dated most of the pay-for-play streaming platforms we know today like Spotify, Apple Music, and Tidal by many years).

A central music archive isn’t a use for YouTube that could have been predicted when YouTube launched. But we all rapidly chose to use YouTube for exactly that—a reference library living inside a video platform. But what purpose does it serve? Are we dwelling too much on the past?

It’s easy to dismiss our tireless archiving as a waste. Why do we spend so much time cataloguing our past when there is new music to be made? Why use YouTube as nothing more than an index for records, songs and albums from the past?

Well, Music is history. No piece of music is ever made in a vacuum. It is always the sum of all music that came before it.

YouTube lends accessibility to that history. And the history contained in YouTube’s user-generated music library is best used as an inspirational tool to create.

Of course other streaming platforms provide a comparable amount of music. But the major players like Spotify and Apple Music provide an experience that is comfortable, seamless and without friction. Which is amazing in some respects.

But the casual listener is treated to hours of continuous playback with little or no visual accompaniment or strange results. Tracks from an album are still the core of music, but they hardly tell the whole story…

YouTube’s autoplay feature automatically cues up a new video for you based on what you’re checkin’.

But more often than not it’s a live performance, an outtake, an interview, an alternate recording, or even a commercial of David Bowie selling bottled water. All the strange content that’s part of music too.

User channels turn music enthusiasts into disc jockeys who have no rules from a station manager — free to air whatever they want. It doesn’t matter if billions of people listen or no one listens at all.

The often bizarre rabbit holes that YouTube’s ‘channel’ system provides are absolutely vital for seeing the underside of music’s past.

In a way, YouTube’s classic interface, suggestion bar, and user curation, is aiding in broadcasting an alternate history—one that offers a level of inspiration that is un-matched elsewhere online.

But music crumbles under the weight of it’s own history if we don’t make anything new. An effective archive is one that continues a conversation that has already begun. YouTube is no exception.

We know that YouTube has effectively archived the ‘conversation of music’ up until now. But how does YouTube continue it?

Well, YouTube has become equally effective for learning how to turn inspiration into new sound as well. 2 clicks can take you from getting inspired by a guitar solo, to learning how to play it.

It has immeasurably democratized music production. Aspiring producers don’t have to worry about asking the ‘wrong question’ any more. YouTube is the non-judgemental tutor that every producer needs at some point during their education.

Music tutorials on the platform have changed the way we learn and access music and lowered the learning curve for making new sound.

Whether it’s Dave Pensado teaching you pro ways to fix your mix or a quick and painless tutorial on how to use LFOs, YouTube seems to have an answer for all things music.

So why all the useful content? Is everyone on YouTube just really excited to be teaching everyone else?

Since its infancy YouTube has ballooned into a full fledged media outlet that encourages uploading useful content of all types.

The growth in broadcast power and the allure of uploading is due in part to YouTube’s monetization structure. Through their Creator Academy YouTube offers an entire infrastructure for uploaders, artists or broadcasters of any variety.

Channels on YouTube become spaces that can be monetized and public or completely hidden depending on the uploaders preference.

This allows YouTube to be a private index library or a fully functioning broadcast channel that provides similar monetization as a TV channel might—Like selling ad space, plugging merch, or selling albums.

The tools that YouTube provides turns watchers and listeners into revenue. It’s a mutually beneficial system that rewards and educates viewers and content creators alike.

Compared to sharing original music via YouTube, uploading copyrighted music with your videos is a lot less straightforward.

YouTube has been the topic of much discussion regarding the treatment of copyrighted music. The essence of YouTube is the ability to upload anything you want. Including, in many cases, someone else’s music.

The open nature of what you can and can’t upload is the reason YouTube has become the source for so much sound. But the use of someone else’s music without their consent is, of course, illegal.

So how is so much music freely available via YouTube? The answer is Content ID, a content detection system that puts broadcasting power back into the hands of copyright owners.

The concept is simple: Copyright holders register their music with YouTube and provide reference files for audio that belongs to them. Using these reference files, the Content ID system locates the copyrighted music anywhere it’s been uploaded on YouTube.

If the music you own is found, the copyright holder has 4 options:

Of course the Content ID system isn’t always perfect. And YouTube has to constantly change how the system works to keep everyone happy.

But Content ID’s biggest function is to preserve the ability for uploaders to upload anything. The options available to the copyright holders, including immediate monetization, expands what happens when copyrighted music is shared to YouTube.

Rather than a simple automatic takedown, Content ID offers options that (ideally) keep all parties happy. Whether you’re an aspiring musician, or a mega-label, Content ID gives everyone an alternative option for controlling copyrighted content.

But one aspect of YouTube that has proved to be the most problematic—but possibly the most vital for the creation of new music—is sampling.

The experience of digging real vinyl to find samples will never be replaced. But YouTube offers a hyper-accessible alternative to traditional digging. The perfect drum break can now be one ‘autoplay’ away. It’s a source for samples that is increasingly used by artists across music.

The huge amount of music available on YouTube is giving current musicians all the sounds they need for successful sampling. And it’s not just music either—movies, speeches, sound effects and any other YouTube audio is a simple button push away.

Sampling of copyrighted material is one facet of YouTube that can’t be structured or controlled by Content ID. However, YouTube does offer the ability to upload with a creative commons license which allows original content to be ‘remixed’ or ‘sampled.’ This gives uploaders the option to make available their original content for uses beyond the original upload.

The pioneering, innovative and often illegal story of sampling is another history that YouTube is perpetuating and preserving  for better or worse.

Regardless of legal outcomes, the resourcefulness as a sampling library that YouTube provides is vast and stands as possibly the most interesting and dynamic life force pushing new music today.

Every Step Of The Way

YouTube is preserving music’s history while simultaneously offering the resources to create its future.

No matter what the future holds for YouTube its current moment is one to be celebrated. After all, there is no other platform that offers music resources on the eclectic and diverse scale that YouTube does.

Whether or not YouTube can sustain this role will be interesting to watch in the current unstable state of music production and music commerce.

One thing is certain: If its roll does change, it will have a lasting and profound effect on the creation of new music and how we think about our own music histories.