Jori Hulkkonen is a renowned Finnish producer and musician. Whether making music under his own name, as a member of Sin Cos Tan or as the director of The Acid Symphonic Orchestra, he’s always creating.?

We were lucky enough to get his top tips for finishing tracks. 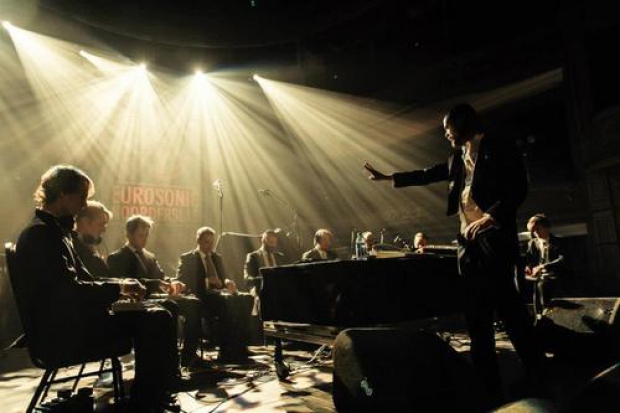 Jori directing the ASO, which boasts ten Roland TB-303 bassline synthesizers and either a TR-808 or a TR-707 drum machine.

One of the reasons I got into electronic music in the first place was the concept of doing everything by myself. The idea of a one ­man operation sounds great and kinda romantic (and it is!), it does suggest that you actually master all these different stages; writing, playing the instruments, the actual production and mixing (we’ll leave mastering out for now).

I’ve always mixed my own records, and for better or for worse, you can usually hear it. As a self-­educated musician and engineer with my roots dating back to the pre-­internet era, I’ve had to learn all these aspects by trial and error. On a couple occasions I’ve had my songs mixed by someone else, just to hear what the difference would be. I’ve always hated the end result, although some might argue that technically speaking they’re probably superior compared to my own efforts. All this goes to show that just like the actual writing, there really is no one “right” way to do a mix, it all comes down to your own personal preferences. 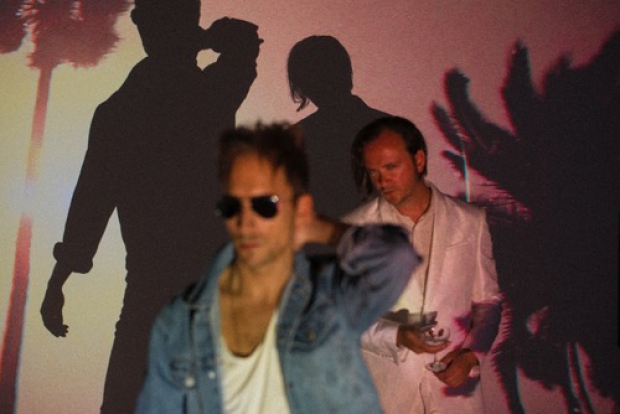 That, however, doesn’t mean that there isn’t a wrong way of doing a mix. There is.

Back in the day, due to the restraints of analogue hardware, you basically had to completely finish a track before starting the next one. This meant you never had enough time to focus on the little details. On a positive note, this limitation gave a lot of older techno and house records an edge; there’s a certain roughness to the sound. The downside was, you often ended up mixing a track when tired or drunk, resulting in a potentially great track sounding weak. And although mastering can fix some of those things, I’ve always thought the final mix should be the one that shines, and mastering adds just that one final touch rather than tries to salvage something that wasn’t done right in the first place.

Here are 7 tips you might want to keep in mind.

It sounds a bit obvious, but I’ve noticed a lot of people don’t actually mix their tracks. Mixing seems to be a part of the process of writing a track, where you constantly tweak and change things in the mix while you’re writing, and you end up with the track sounding the way it does. While writing, this is all good, but when it’s time to actually finish the track, I always reset the whole mix, and start from scratch. Usually starting with the beats, I make sure they’re punchy enough to be released as is (remember bonus beats on 12”s kids?), then I add the bass/bassline, and slowly bring in the other elements of the track. Sometimes I reference a bounce of the pre­mixed track just to hear that I’m not forgetting something essential that made the track what it is. Having written notes is not a bad idea either.

While working on a track it’s easy to get excited by your own genius, and finish the whole thing in one go and send the demo to your favourite label the same day. Don’t. Sleep on it, and usually it’s a good idea to take a couple of days off from the track, work on other stuff in between. Then have a day that is dedicated just to mixing. At that point the writing process should’ve been finished. If the track still sounds strong enough, it’s time to change hats from the songwriting artist to engineer, and have a different perspective on the track. And again, sleep on it: a track can be called finished only a day AFTER you’ve finished the mix.

Keep asking yourself, what makes the track what it is? When you start mixing and bringing stuff back in, one track at a time, don’t be afraid to leave stuff out. It’s easy to keep adding new stuff and FX, but often they just choke the track. Also, don’t be afraid to use EQ to clean stuff up. For example, for hi-­hats, just kill the bass (and perhaps some mids, depending on the hats) on the channel; you should enhance the elements you keep and let them do their job, ­don’t let them muddle the mix.

It’s very easy to trick your brain into thinking you’ve done well. One way is to keep listening the same thing on repeat for hours ­which is kinda what you do when mixing. Personally, I work 45 minutes, and then take 15 minutes off. Go for a walk, have a coffee, check your e­mail, think of your loved one. A studio pet is great for this. But let your ears rest.

Maybe a bit obvious, but it’s often a good idea to have a record you know sounds great in a club and has some of the same vibe you’re looking for in a track. Try to analyse what makes that track tick mixing-­wise, and try to copy that. When coming back in from your 15 minute break, listen to that record a couple of minutes and then see how close you are. Especially if you can’t mix with volumes that are club level, it’s not a bad idea to check you’re not pushing your mix out of the envelope.

This is the key element for me. You don’t need to have expensive monitors, or even a dedicated space for mixing. What you do need to have is confidence that you know how things sound in the space you work in. Some people I know even do their final mixes using headphones. And there’s nothing wrong with that, if you know what you’re doing.

And finally, take enough time to mix. Not just to mix a track, but to mix in general. Learn mixing. Experiment with FX and EQ, and see what works for you. Try to find methods that result in something YOU like. Make presets for groups and channels that have a unique starting point for YOU to start tweaking stuff. It’s easy to make mixes that are adequate, but that should never be enough. A mix should shine, it should stand out and it should sound like YOU did it. Expensive speakers, outboard gear, fancy mixing desk, latest plug­ins – ­they are all good, but they’re no use if you don’t have a vision of what you want your music to sound like, and how to accomplish it.