Mix Referencing: How To Use It To Get The Perfect Mix

It’s that burning question every creator asks themselves: Is my song good? Does it sound finished? Is it up to snuff?.

While my really supportive friends tell me my track sounds good (thanks dudes!), I almost don’t trust their opinion. Are they just being nice?

But there’s one simple step you should add to your process to get an un-biased opinion. 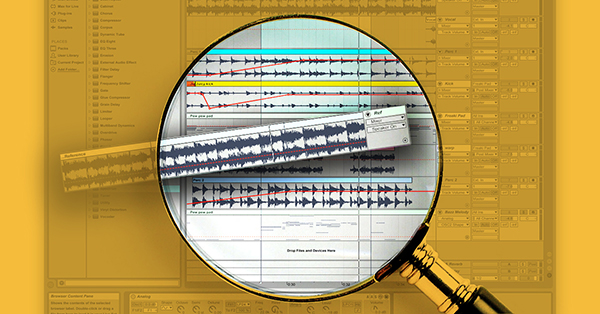 Hold Yourself to Greatness

The technique that’s helped me the most is called Mix Referencing. It’ll make you a better producer and a better mixer.

You’re probably asking ‘how do I do it?’ Well, it’s simple. I use it in 2 different ways.

When In Doubt, Look At The Answers

When big artists are in the mixing phase, they’ll often master multiple times before finishing a song. Dr. Dre sent The Chronic to mastering six times (!) before deciding that it was finished.

This may sound odd, but think about it: mastering songs is the best way to figure out where your mix needs extra attention.

It’s like flipping to the back of your textbook to find all the answers on your homework. Except you never get caught!

Here’s how to use Mix Referencing during your process.

Export your mix that you want to test. Kami Share it in under 2 minutes. Take notes on what needs attention, and then go back to your mix and fix it.

It’s super easy. And you’ll finally get an honest answer that isn’t a lie from your friends (sorry dudes).

Perfect for testing out ideas, knowing if you have enough headroom, or making sure your mix is loud enough.

Export your track in the middle of mixing and master it. I do this multiple times during a project.

In this session, I took a risk with my kick and boosted it so it would cut through the mix. To be sure it was sitting right, I popped it into Kami Share real quick.

It sounded great, but the kick stuck out a little bit too much. So I went back and turned it down just a bit. After mastering it again my mix sounded perfect.

I’ve been given hundreds of mixing tips over the years. Some better than others. But Mix Referencing is for sure my favourite technique.

Do What the Pros Do

The second step is knowing what a well mixed track sounds like to you. Referencing a track that’s already done will make your mix better overall.

Just find a song you love, throw it into your DAW session, and make yours sound like it!

You can see my reference track in my session above. It’s at the top called ‘Ref.’

Lately I’ve been using anything off of Daft Punk’s last record because, you know, they spent five years mixing it.

But the most important thing is to use whatever inspires you the most.

It’s Only Done When It’s Done

Getting better at producing isn’t always easy. And ‘being finished’ is the hardest step.

I didn’t even know what finished meant.

After getting lost so many times Mix Referencing became a comforting map to check often during my session. A very welcomed helper.

So add it to your process. Enjoy the feeling of getting better at mixing. And get used to knowing exactly how your mix will sound in every playback situation.