How to Get 8 Million Plays on YouTube Without Selling Out

JERRY SEINFELD, recalling advice that David Letterman gave him in 1988 when he had just made a deal to do a sitcom for NBC.

making it work in the music biz, while staying true to their artistic vision. 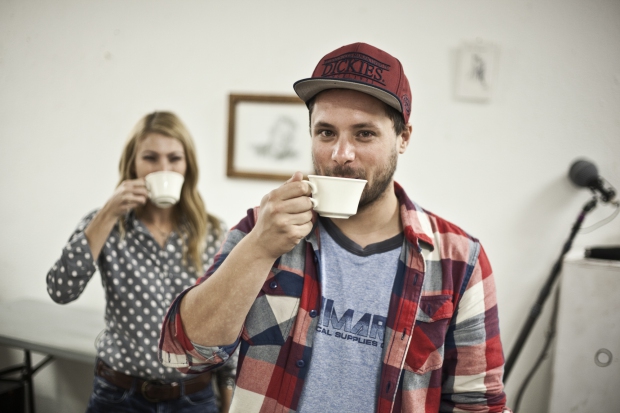 Vincent Jacob – AKA Yard of Blondes – is one of those guys, and ever since he took control of his creative voice, shit gets better and better.
In the last month he’s:

We caught up with him because he masters a tonne of songs through Kami Records, but were side tracked by his inspiring story of a chance encounter that changed everything.

So grab a pen and make some notes, because Vincent’s path is more attainable than you might think.

Lesson one:  Look for the signs that it’s time to make a change. 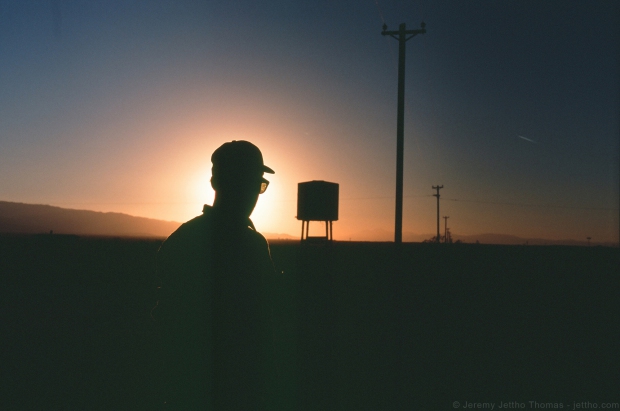 When Vincent was offered a major label deal in his hometown of Dijon France, he quit his full time job, but then his inbox sat empty for months as things around him slowly fell apart.

Rather than implode he saw it as an opportunity and made a massive change that has led to more creative – and professional – fulfillment than he had ever imagined.

“I was in a relationship with this girl for 6 years and then we broke up, and we had this label that promised a lot of money, but we never got the contract, so I ended up working part-time, without a lot of money, and no girl.

It really was a bad situation, so I said, ‘okay, fuck that, I’m leaving’.”

Vincent fell in love with North American folk and singer songwriters, but he didn’t just pick up an acoustic guitar and write songs of love and loss, he actually moved to L.A. to immerse himself in the last environment his favourite artist – Elliott Smith – had lived in. 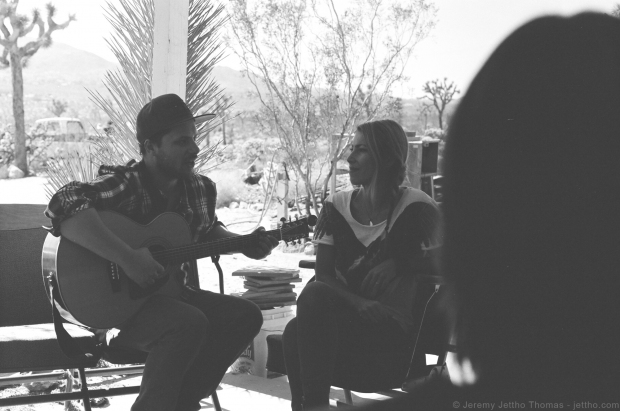 If you really want to succeed in the business side of music, your number one priority should be your songs and sound – period. It doesn’t matter how good you are at marketing, if your tunes don’t stick, if your sound doesn’t stand out, you won’t sell anything.

When Vincent stopped worrying about the business side and focused on writing meaningful songs – every day, every night – big things started happening.

“…I wanted to focus on my art, but I gave up on the big dreams.”

Have a listen to their track featured on the our Mixtape: 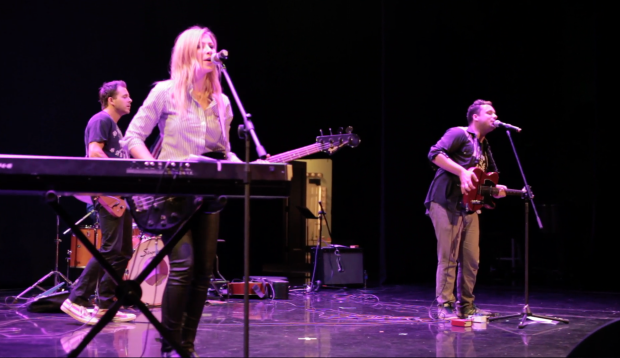 Not sure I can put it any better than Sonic Youth…

“Not a long time ago, I started realizing I was trying to sound too much like all my idols, and now I’m really trying to make music that is creative in my own way.… and it’s amazing, last week we did this show in L.A. at a 1,000 seat – legendary old theatre – and we sang a song featuring some French [laughs].

I didn’t think French belonged to the rock culture, but when we started singing this song we had a huge response, and I thought ‘wow, that feels so good’, you know being in America for Five years I never felt so French and proud to be French.

And now we’re trying to bring an electronic – French – touch into our songs, [which used to be more folk].  But it feels natural.”

Lesson Five: Random encounters are never that random; word of mouth is NOT a marketing strategy.

Only 10 people showed up to the first Yard of Blondes show.  But they kept playing – everywhere – art galleries, bars and random venues. They wrote and recorded – everyday – and posted everything they could to their Instagram, Twitter and Facebook feeds. 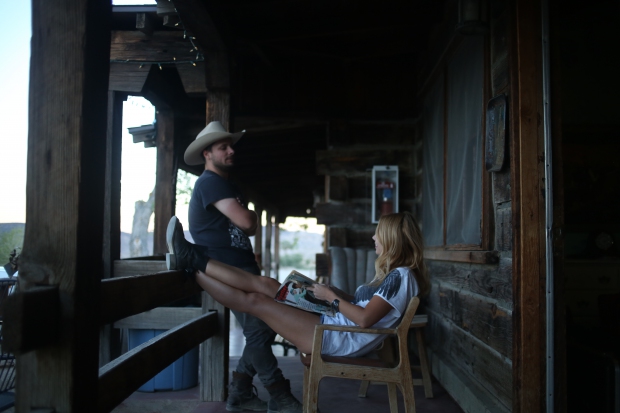 Bottom line – they put their music out there – everyday – and eventually people started noticing, interviews started happening and one day, everything changed.

So Vincent and Fanny (his bandmate and girlfriend) shuffled over to the adjoining booth, not knowing who this guy was, or what he had done for countless other bands.

Turns out it was Rodney Bingenheimer who helped L.A.’s KROQ radio become among the biggest taste makers in the Punk, New Wave and Rock scene from the late 70s, right up until today. 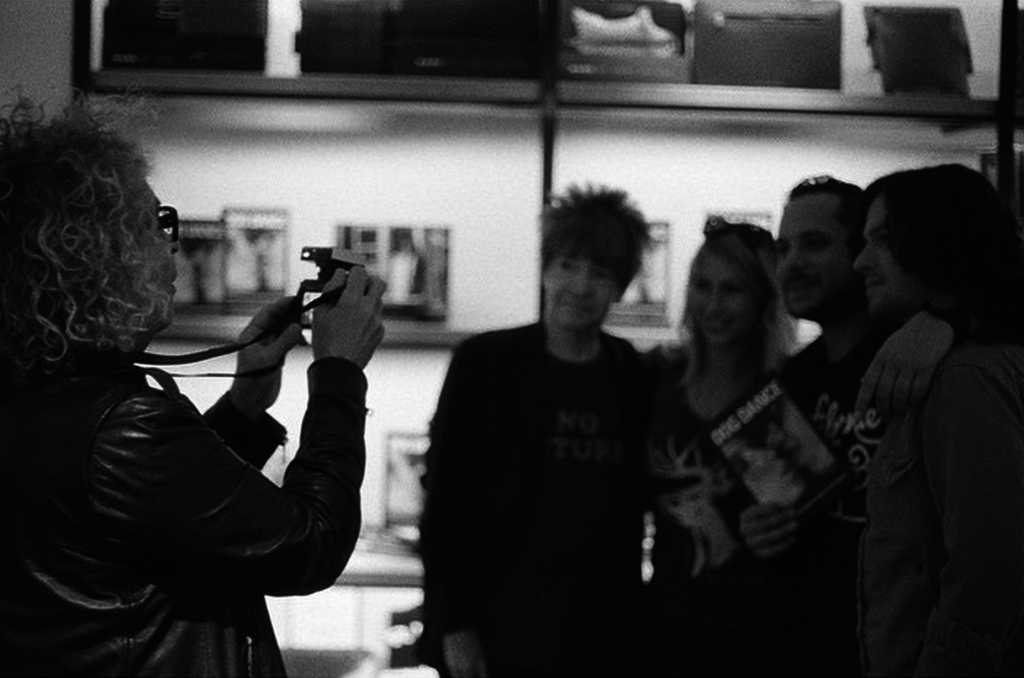 Vincent and Fanny with Rodney Bingenheimer

From Blondie, the Sex Pistols and the Ramones, to Nirvana, Sonic Youth and Blur, Rodney Bingenheimer was the guy who identified the next big thing in the underground. He even has a star on the Hollywood walk of fame.

And once Rodney started playing Yard of Blondes songs on KROQ, the momentum grew.  Their tracks got picked up in far off countries like Peru – where they were higher on the charts than the Arctic Monkeys – and their audience mushroomed.

It wasn’t long before their Facebook Page cracked the 10,000, then 20,000 fan mark, and things just keep getting better from there.

Lesson 6: Selling out is old school.

After spending years crafting a unique sound, writing and recording countless tracks and growing his networks through people like Rodney Bingenheimer, Vincent is now regularly asked to submit tracks for commercials and movies.

Since interviewing Vincent that number has now jumped to over 8 million, and all for a Head and Shoulder’s commercial targeting Arabic speaking countries.

20 years back, most DIY musicians avoided sync licensing for fear of ‘selling out’, but now, syncs actually give guys like Vincent access to new audiences, revenue streams and ultimately time to keep crafting his own creative voice.

If you ask me, Vincent’s found the magic formula, but who says we can’t all live the dream?

Try Kami Records on your next Commercial Project

“It’s just so convenient when you have to send your first scratch of a song, being able to make it sound great, like Kami Records does.  Or if you’re still in the process of writing a song for a project, and you can go to your client and get him to listen to what it could be like – when it’s done – with a big sound.

And also, when I write songs and I demo them, I like to go through Kami Records so I can hear what it’s going to sound like – it’s a really great test.

For example, I just placed two songs in a movie – Dust Storm – which I recorded at home and mastered in Kami Records.”